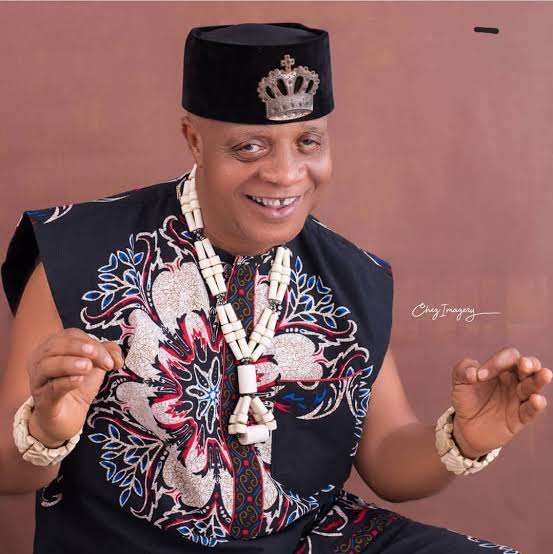 Bright Chimezie isa musician from Abia State, Nigeria and is married to Chinyere Chimezie.
His music style became known as Zigima Sound. It is a genre which became popular in the Eastern part of Nigeria in the early 1980s. It is a mix of traditional Nigerian music and lgbo highlife fused with chanted vocals.

Bright Chimezie used it to revolutionize the
musical structure in Nigeria with lyrics that focused on social issues of the country in a rather funny way. Bright Chimezie made songs like Ube Nwanne, ‘because of English, African style. his album Respect Africa
brought him to Limelight as he used these songs to ridicule problems in the society. He is also known for his dance steps. popularly known as legwork. His stylish way
of mixing excellent steps and a warning chant gave him the title’the duke of African music. He is happily married to Chinyere Chimezie and together they have five children.